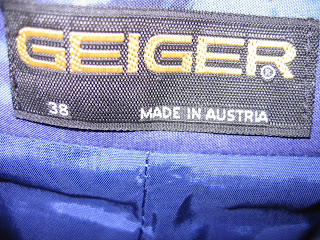 As saling season came to an abrupt end in the NE (with a relapse, but then a quick return to 'nothingness'), my resolve to purge and clear-out became s-t-r-o-n-g!
During a 'needed fix' to a Thrift, scanning the jam-packed racks, I came across an unfamiliar name - GEIGER, AUSTRIA. I bought two pieces, brought them home to do a little research - my 'designer' knowledge extends about as far as ...VERA... yep, that's it!. It is beautiful 'stuff', and by the retail prices, I'd say HIGH QUALITY!

"With its timeless style, natural fibers and eco-friendly processes, which translate new trends into unique Walk creations, GEIGER has found admirers around the globe. No wonder, since GEIGER fashion connects the highest levels of creativity, natural fibers and high technology with stewardship for a healthy environment and a deep respect for the human rights of its workers.."

I also learned that Austrian size 36 converts to approximately US size 6 - NOT! I tried them on E-bay, they did okay. Knew that I had seen another piece with the same name, so a couple of weeks later, when I stopped by the same thrift, I checked to see if it was still there. It was. And it had multiplied! And the prices were so cheap I had to bring a bunch home - I was GOOD, I didn't buy ALL that they had, but I was still feeling mightly guilty! Our guest closet 'hanging rod' that had previously been empty now looks like this... 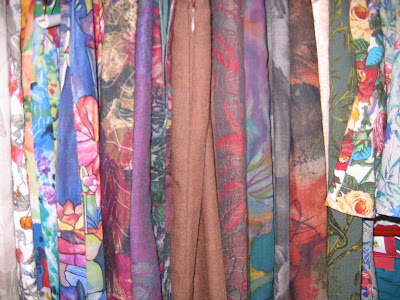 In an effort to 'hopefully' pass them along quicker, I am putting them in my ETSY shop as fast as I can - Company is going to need that closet for the Holidays!!! If you are a size 6 -8-10 (variety of sizes) go take a peak!! Even if you aren't, go take a look and give me some advice on clothing!! GEIGER is new to me. ETSY is new to me. Selling clothing is new to me. I will gladly take all of the info and advice I can get!! 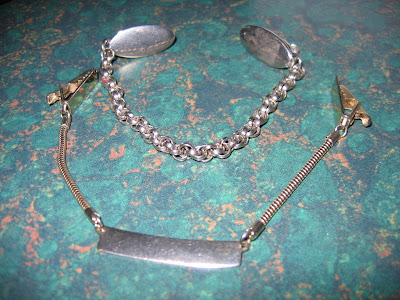 Never heard of Geiger, either, but then the words "Size 6" are outside my world of comprehension, as well. I'm proud of you, taking a bunch of stuff to donate and only coming back with two little sweater clips. When I donate, I pull up to the back door, they come out and take the bags and I leave. If I go in, it's all over.

I'll gladly take a look-see at your etsy wares!!